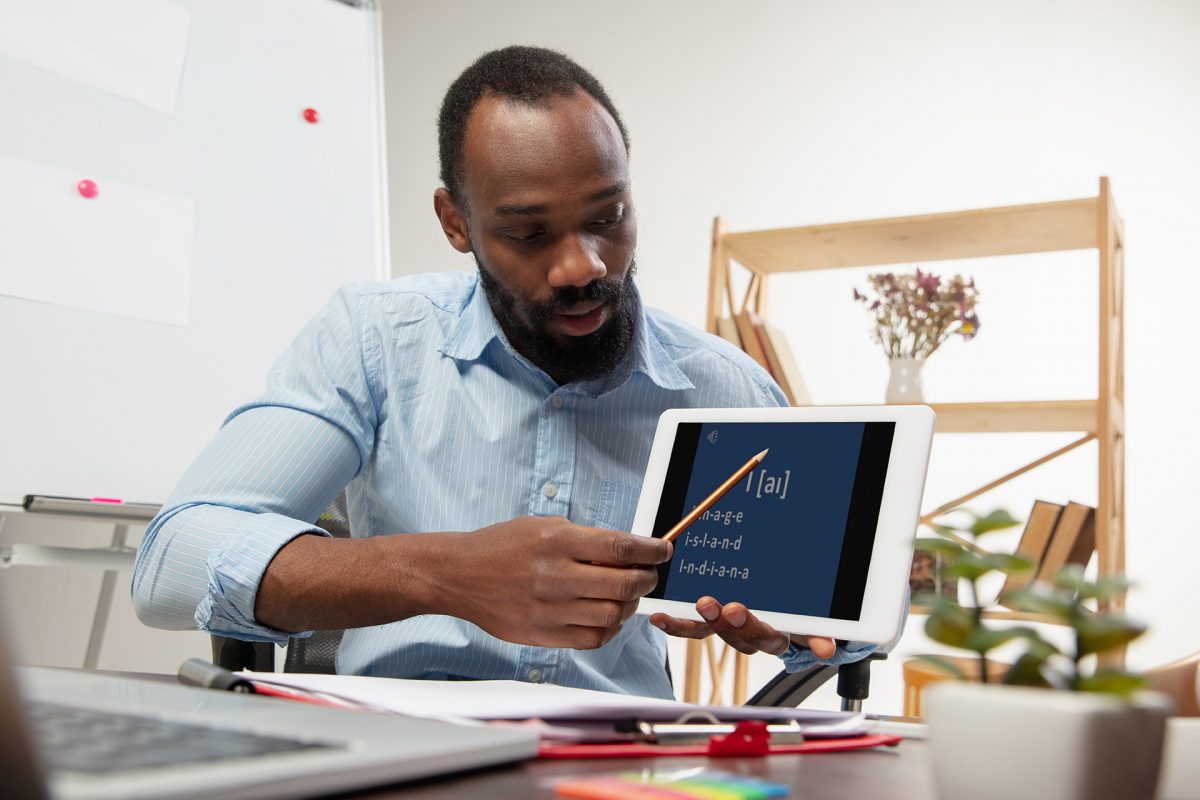 Standardized examinations and other high-stakes tests are gateways to educational and employment opportunities. Whether seeking admission to a high school, college, or graduate program, or attempting to obtain a professional license or certification for a trade, it is difficult to achieve such goals without sitting for some kind of standardized exam or high-stakes test. While many testing entities have made efforts to ensure equal opportunity for individuals with disabilities, the Department continues to receive questions and complaints relating to excessive and burdensome documentation demands, failures to provide needed testing accommodations, and failures to respond to requests for testing accommodations in a timely manner.

The Americans with Disabilities Act (ADA) ensures that individuals with disabilities have the opportunity to fairly compete for and pursue such opportunities by requiring testing entities to offer exams in a manner accessible to persons with disabilities. When needed testing accommodations are provided, test-takers can demonstrate their true aptitude.

The Department of Justice (Department) published revised final regulations implementing the ADA for title II (State and local government services) and title III (public accommodations and commercial facilities) on September 15, 2010. These rules clarify and refine issues that have arisen over the past 20 years and contain new and updated requirements.

What Kinds Of Tests Are Covered?

Exams administered by any private, state, or local government entity related to applications, licensing, certification, or credentialing for secondary or postsecondary education, professional, or trade purposes are covered by the ADA and testing accommodations, pursuant to the ADA, must be provided.1

Examples of covered exams include:

What Are Testing Accommodations?

Testing accommodations are changes to the regular testing environment and auxiliary aids and services2 that allow individuals with disabilities to demonstrate their true aptitude or achievement level on standardized exams or other high-stakes tests.

Examples of the wide range of testing accommodations that may be required include:

Who Is Eligible To Receive Testing Accommodations?

Individuals with disabilities are eligible to receive necessary testing accommodations.  Under the ADA, an individual with a disability is a person who has a physical or mental impairment that substantially limits a major life activity (such as seeing, hearing, learning, reading, concentrating, or thinking) or a major bodily function (such as the neurological, endocrine, or digestive system).  The determination of whether an individual has a disability generally should not demand extensive analysis and must be made without regard to any positive effects of measures such as medication, medical supplies or equipment, low-vision devices (other than ordinary eyeglasses or contact lenses), prosthetics, hearing aids and cochlear implants, or mobility devices.   However, negative effects, such as side effects of medication or burdens associated with following a particular treatment regimen, may be considered when determining whether an individual’s impairment substantially limits a major life activity.

A person with a history of academic success may still be a person with a disability who is entitled to testing accommodations under the ADA.  A history of academic success does not mean that a person does not have a disability that requires testing accommodations.  For example, someone with a learning disability may achieve a high level of academic success, but may nevertheless be substantially limited in one or more of the major life activities of reading, writing, speaking, or learning, because of the additional time or effort he or she must spend to read, write, speak, or learn compared to most people in the general population.

What Testing Accommodations Must Be Provided?

What Kind Of Documentation Is Sufficient To Support A Request For Testing Accommodations?

All testing entities must adhere to the following principles regarding what may and may not be required when a person with a disability requests a testing accommodation.

Examples of types of documentation include:

How Quickly Should A Testing Entity Respond To A Request For Testing Accommodations?

A testing entity must respond in a timely manner to requests for testing accommodations so as to ensure equal opportunity for individuals with disabilities.  Testing entities should ensure that their process for reviewing and approving testing accommodations responds in time for applicants to register and prepare for the test.6  In addition, the process should provide applicants with a reasonable opportunity to respond to any requests for additional information from the testing entity, and still be able to take the test in the same testing cycle.  Failure by a testing entity to act in a timely manner, coupled with seeking unnecessary documentation, could result in such an extended delay that it constitutes a denial of equal opportunity or equal treatment in an examination setting for persons with disabilities.

To view model testing accommodation practices and for more information about the ADA, please visit our website or call our toll-free number:

For persons with disabilities, this publication is available in alternate formats.

Duplication of this document is encouraged.

1 This document does not address how the requirements or protections, as applicable, of Title II of the ADA, Section 504 of the Rehabilitation Act, the assessment provisions in the Elementary and Secondary Education Act (ESEA) and the Individuals with Disabilities Education Act (IDEA), and their implementing regulations, apply to, or interact with, the administration of state-wide and district-wide assessments to students with disabilities conducted by public educational entities.

3 Under Section 309 of the ADA, any person (including both public and private entities) that offers examinations related to applications, licensing, certification, or credentialing for secondary or postsecondary education, professional, or trade purposes must offer such examinations “in a place and manner accessible to persons with disabilities or offer alternative accessible arrangements for such individuals.”  42 U.S.C. § 12189.  Under regulations implementing this ADA provision, any private entity that offers such examinations must “assure that the examination is selected and administered so as to best ensure that, when the examination is administered to an individual with a disability that impairs sensory, manual, or speaking skills, the examination results accurately reflect the individual´s aptitude or achievement level or whatever other factor the examination purports to measure, rather than reflecting the individual´s impaired sensory, manual, or speaking skills (except where those skills are the factors that the examination purports to measure).”  28 C.F.R. § 36.309.  Likewise, under regulations implementing title II of the ADA, public entities offering examinations must ensure that their exams do not provide qualified persons with disabilities with aids, benefits, or services that are not as effective in affording equal opportunity to obtain the same result, to gain the same benefit, or to reach the same level of achievement as that provided to others, 28 C.F.R. § 35.130(b)(1)(iii), and may not administer a licensing or certification program in a manner that subjects qualified individuals with disabilities to discrimination on the basis of disability.  28 C.F.R. § 35.130(b)(6).  Both the title II and title III regulations also require public and private testing entities to provide modifications and auxiliary aids and services for individuals with disabilities unless the entity can demonstrate an applicable defense.  28 C.F.R. §§ 35.130(b)(7), 35.160(b), 35.164; 28 C.F.R. §§ 36.309(b)(1)(iv-vi), (b)(2), 36.309(b)(3).

4 An IEP contains the special education and related services and supplementary aids and services provided to an eligible student with a disability under Part B of the IDEA, 20 U.S.C. §§ 1400 et seq. and 34 C.F.R. part 300.

6 Testing entities must offer examinations to individuals with disabilities in as timely a manner as offered to others and should not impose earlier registration deadlines on those seeking testing accommodations.

The Americans with Disabilities Act authorizes the Department of Justice (the Department) to provide technical assistance to individuals and entities that have rights or responsibilities under the Act. This document provides informal guidance to assist you in understanding the ADA and the Department’s regulations.

This guidance document is not intended to be a final agency action, has no legally binding effect, and may be rescinded or modified in the Department’s complete discretion, in accordance with applicable laws. The Department’s guidance documents, including this guidance, do not establish legally enforceable responsibilities beyond what is required by the terms of the applicable statutes, regulations, or binding judicial precedent. 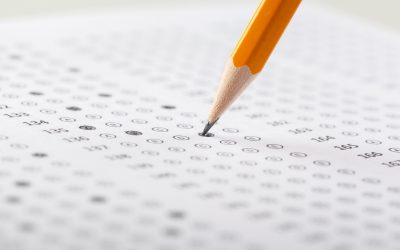 Student participation in SAT tests varies across Hamilton County school districts' high schools. Therefore, also, the college readiness of their graduates varies. Winton Woods High School is not the lowest of all schools in the county, but it has a way to go to be...

The first pictures our five 2022 students with a graduate of the Class of 2021 on the right, who served as proctor for the final “Practice Test" of the program (Aug. 20). The total for the initial “Diagnostic Test” (July 16) was typically lower than the final test by...

Keep in Touch.
Join our Newsletter